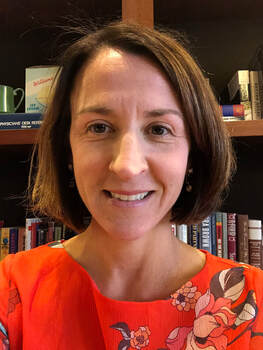 A Chicago native, Renee first discovered Ohio on a college visit, falling in love with the idyllic college town of Athens, as well as her future husband, while at Ohio University. Without much of a hard sell, Renee convinced then boyfriend and a few fellow Bobcat friends to head back to the Windy City after graduation.

Over ten years, Renee built a successful career in advertising, working at such agencies as Leo Burnett, DraftFCB and Wunderman, among others. After relocating back to Ohio in 2014, Renee’s passion for writing, fueled by a love of travel and exploring cultures through food, came to the forefront through The Columbus Food Truck Cookbook, co-authored with friend, mentor and cosmically aligned birthday twin, Tiffany Harelik.

Subsequently, Harelik gave over the reigns to allow Renee to compile the series to date in a Best of Trailer Food Diaries, featuring Austin, Dallas and Houston, Texas alongside Portland, Oregon and Columbus, Ohio.
​
​After her first daughter was born, Renee extended her work into children's literature with Meet Maddie, a picture book featuring a colorful, fashion forward and adventurous female monkey.

Her latest title, Ohio Ice Cream: A Scoop of History includes 25 shops throughout the state from mom & pop roadside stops to household name brands that have expanded nationwide.  Special shout out to the youngest of Renee's family members, twin taste testers who helped with the intensive "research" required.